The Chicago Pennant Company made these delightful banners of our favorite colleges and universities: 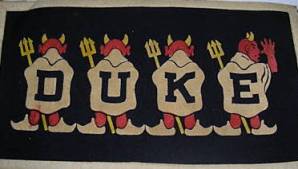 There is not a lot of information about the company to be found. In the 1930s they described themselves as, “Manufacturers of Pennants, Pillows, Banners. Memory Books, etc. of Felt and Leather. 6642 Cottage Grove Ave. Chicago”.

We found this interesting patent the Chicago Pennant Company received in 1928 for a shipping container.

We don’t know when they stopped making banners and pennants, but know that they do us until at least 1979. An obituary in 2005 for Janet Bergman Hagins notes that she managed a family business, Chicago Pennant Company, until her retirement.

We do know that they made delightful, quality and sometimes humorous banners that are sought after by collectors. 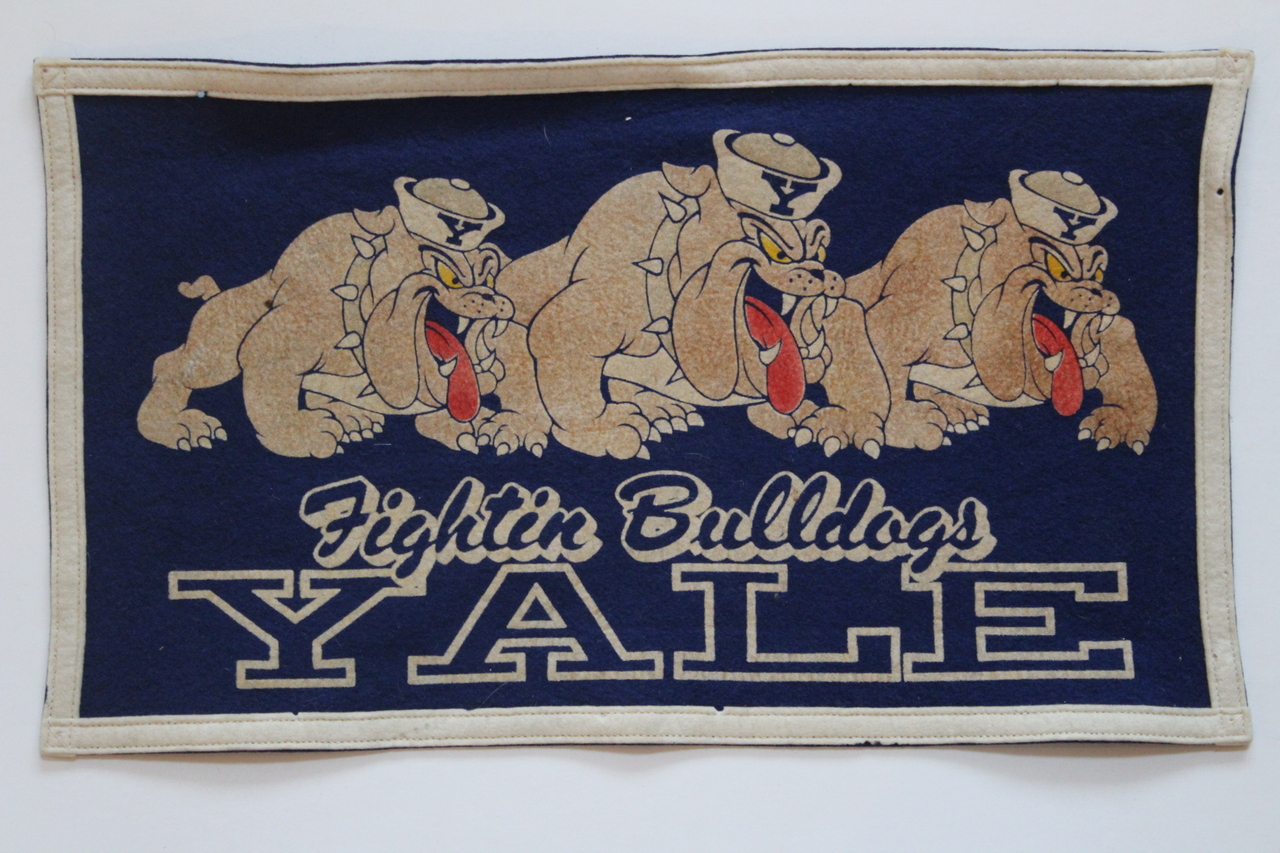 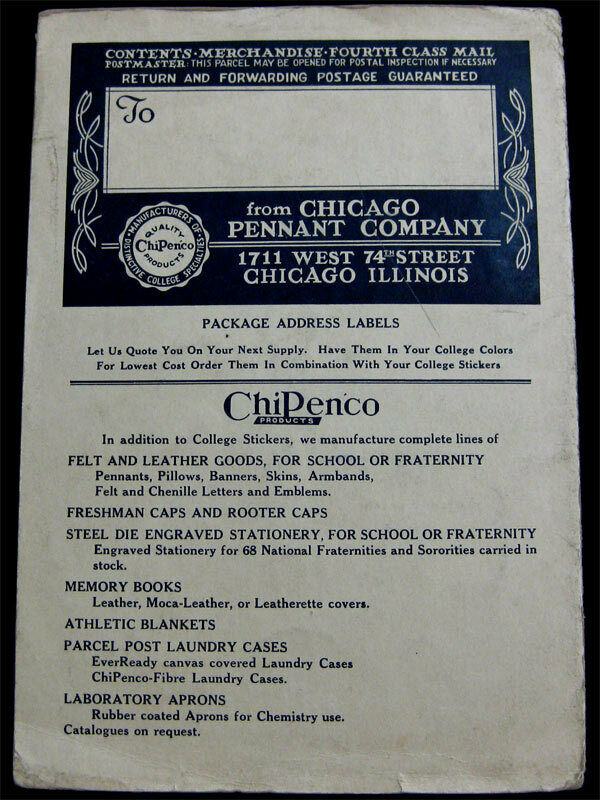 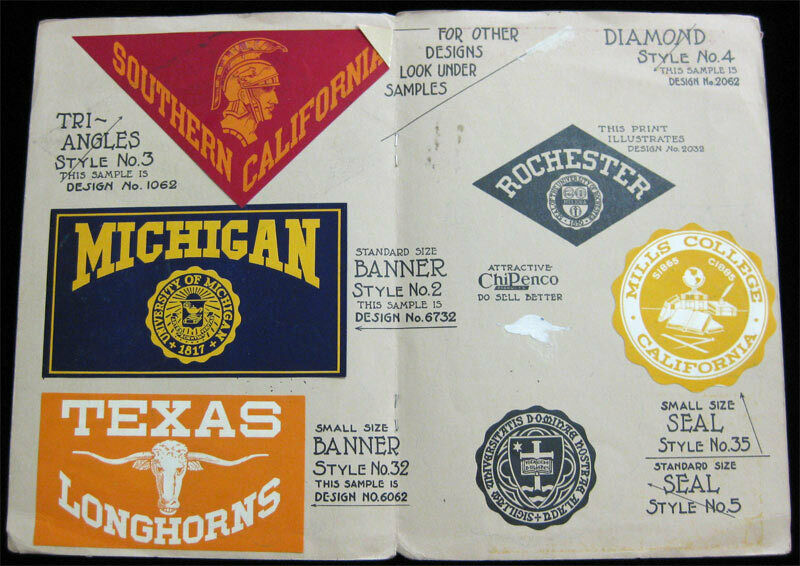 We have never seen these in the collectible market, but the company also made memory and guest books for colleges and universities: 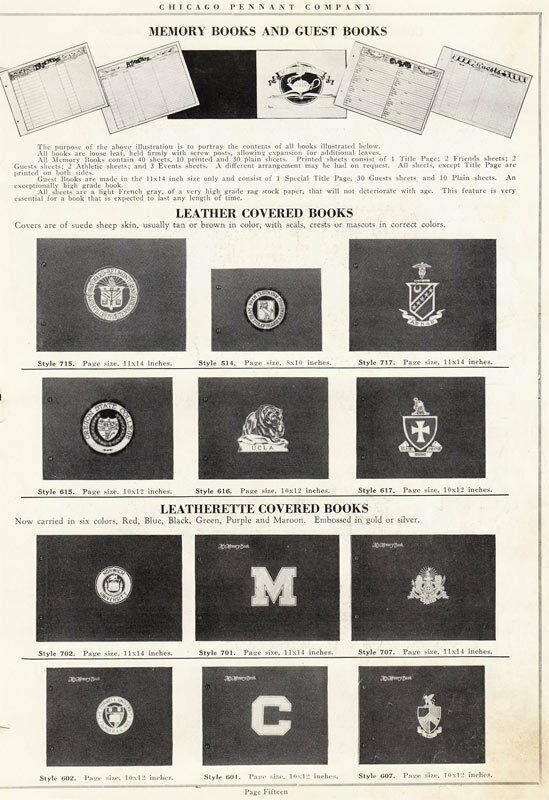 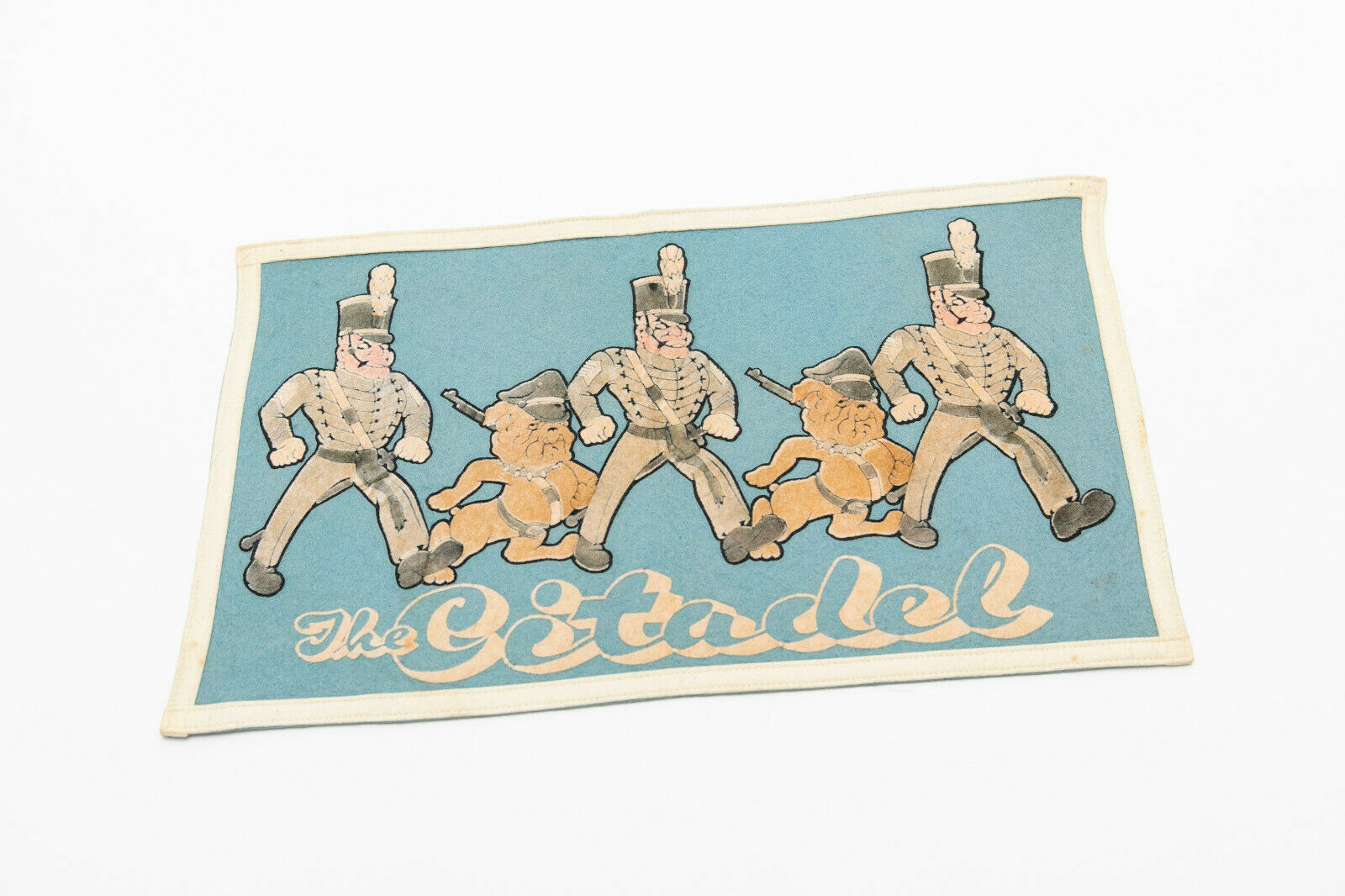 A beautiful Chicago Pennant Company banner from the Citadel in Charleston 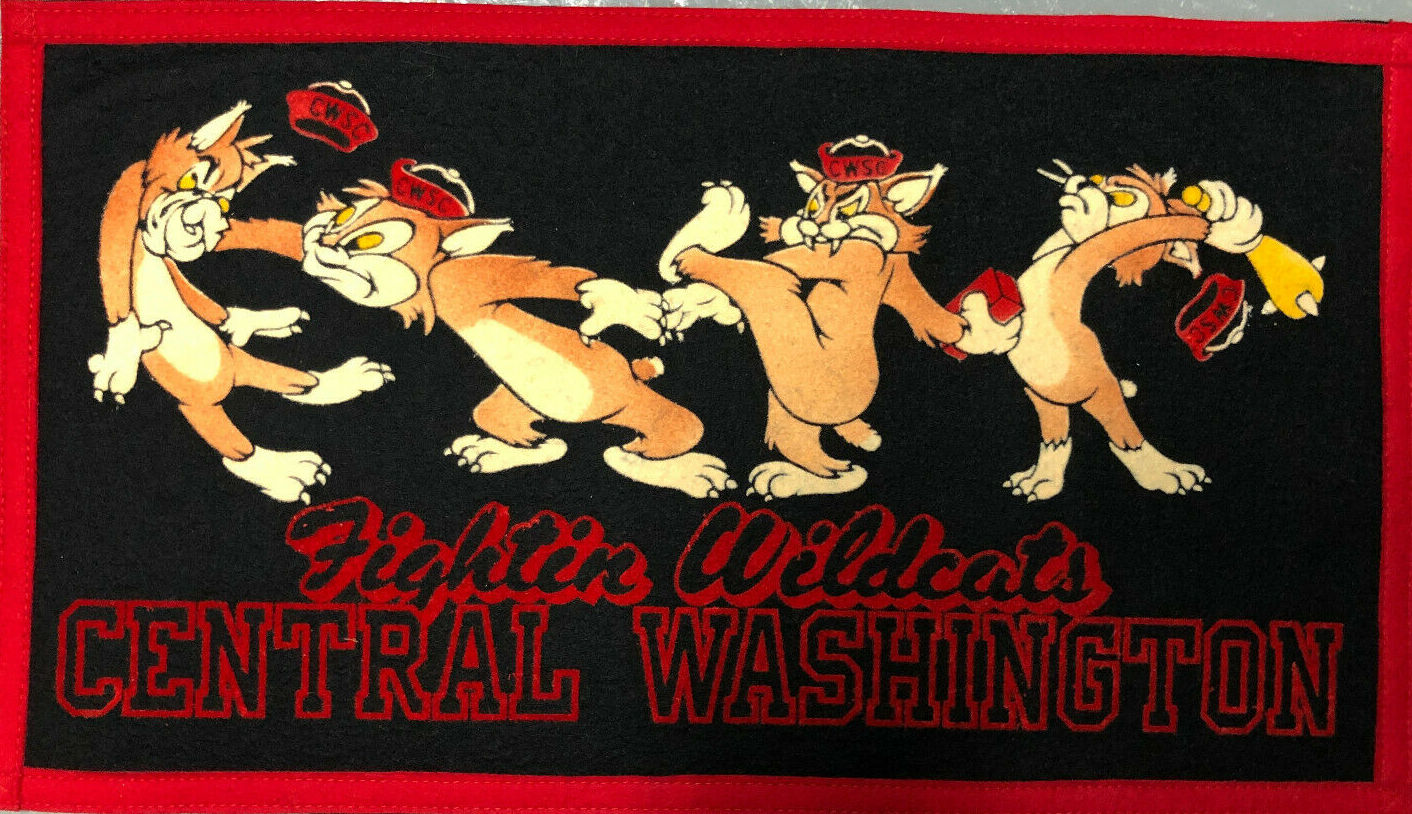 Central Washington University may be below the radar, but their mascot and Chipenco banner are spectacular