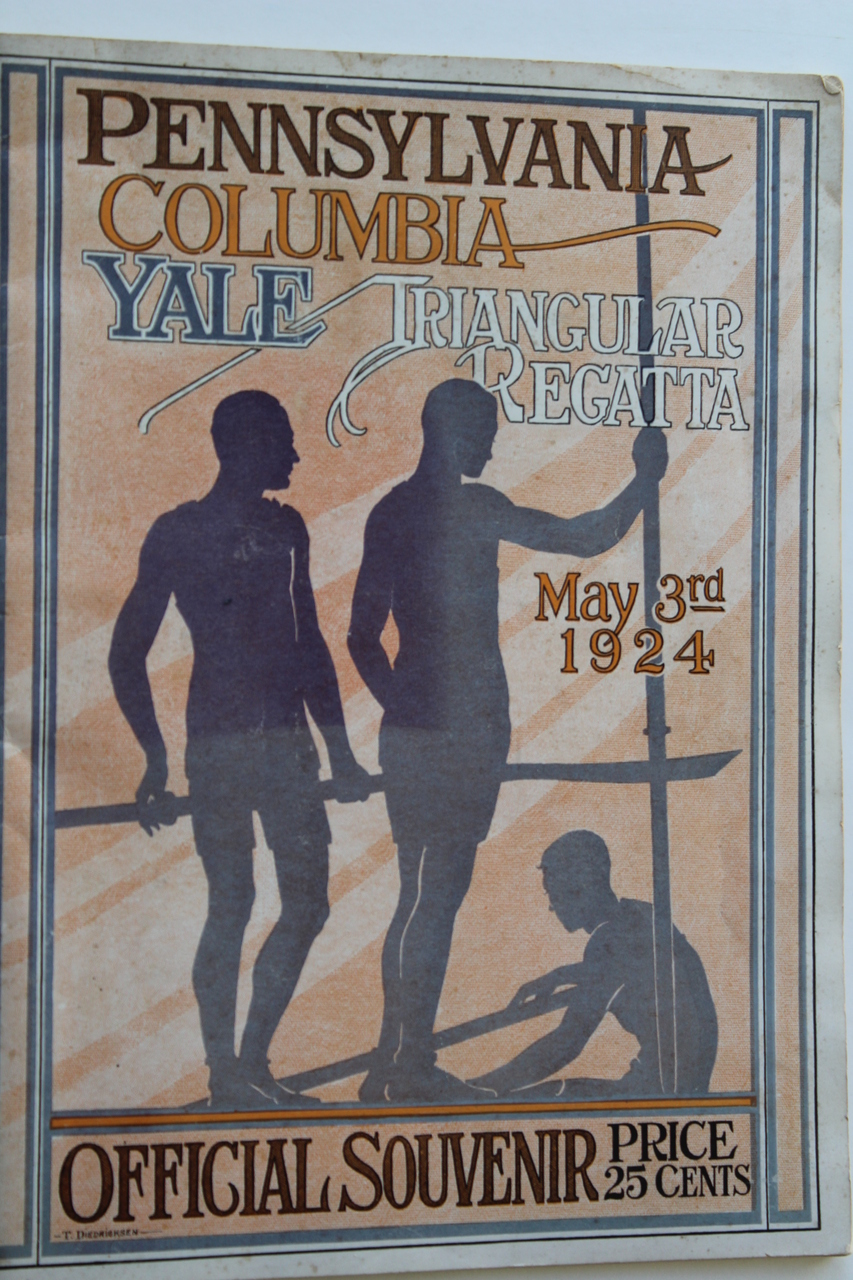 One of our favor cover illustrators is Theodore Diedricksen, who illustrated program covers for Yale in the 1920s, including some beautiful Harvard-Yale programs that use color in the most subtle fashion. Diedricksen graduated from Yale in 1918 with a Bachelors degree in Fine Arts. After studying in Paris for two years, Diedricksen became a Professor of Drawings and Graphics at Yale. He taught at Yale for over thirty years and retired a Professor Emeritus.

His cover illustration for the Pennsylvania, Columbia and Yale Triangular Regatta Program 1924 is also artfully done with the rowers in silhouette.

The program is 48 pages and has pictures of the crew teams from each school, plus full pictures of the captains of each team: H. A. Medholt for Penn, J.S. Rockefeller for Yale and W.H. Ferris for Columbia.

J.S. Rockefeller is James Stillman Rockefeller, whose nickname was "Babe," a member of the wealthy Rockefeller family. The young Rockefeller pictured in the program: 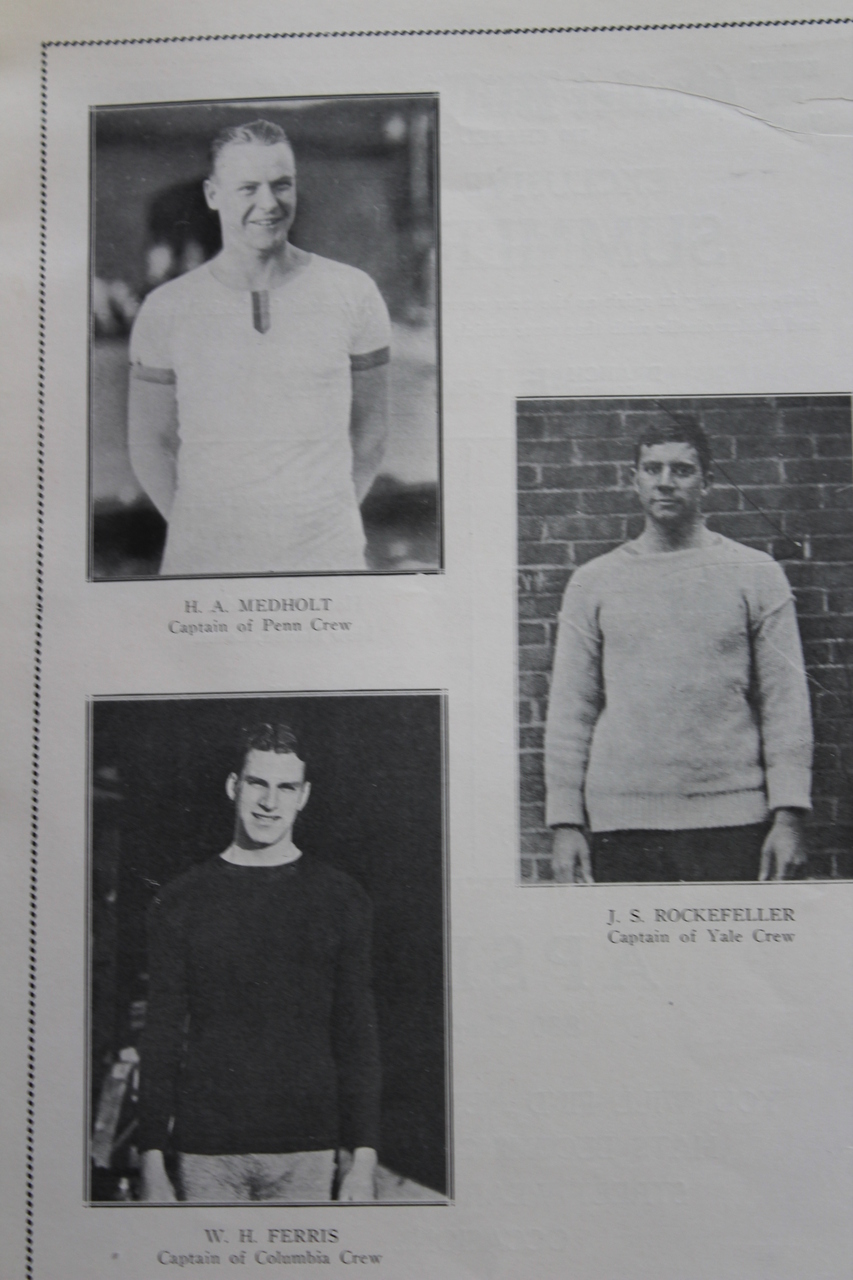 He would go on to win a gold medal in crew (captaining the coxed eights) at the 1924 Paris Olympics and was featured on the cover of Time magazine that same year. 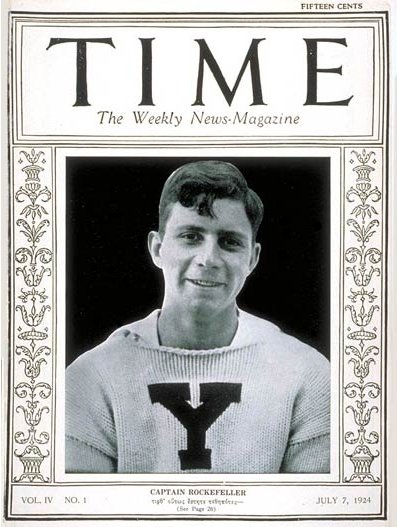 Time described the American Olympic teams trip over on the liner Homeric, "On her decks lounged the famed Yale crew who, with their slender octoreme, had been rushed aboard still panting from victorious exertions against Harvard on the Thames. Great-nephew of the wizard-of-oil, son of William G. Rockefeller, grandson of James Stillman, this stalwart scion of honorable American lines, gazed, brooding, on the horizon. Bending among his men on a mid-thwart, he had swept with them to shouting triumphs on home waters. Now he led them forth—the bronze-skinned ones—to conquer the oarsmen of the world, as warlike Menelaus led the bronze-greaved Argives against Troy of old. Would his heart and theirs be stout enough? Could he counsel and exhort them to his Nation's glory?"