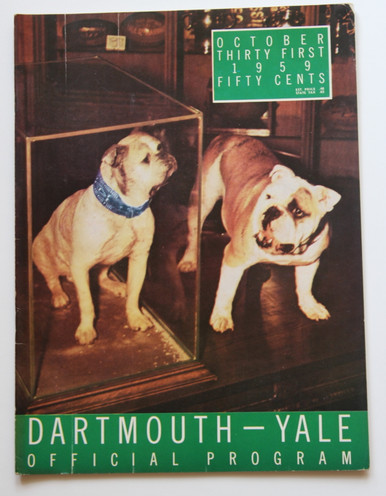 Dartmouth v. Yale Football Program 1959 for game held at the Yale Bowl on October 31, 1959. The 62 page program has many advertistments for local businesses as well as black and white pictures of both teams. Also includes an interesting article about how Dartmouth and Yale men helped found the oil industry. Also includes a two page spread on Yale's new O & O building. Includes a picture of then Senator Prescott S. Bush (Yale '17). The cover photo is of the current and previous Yale mascots - Handsome Dan X and Handsome Dan I.