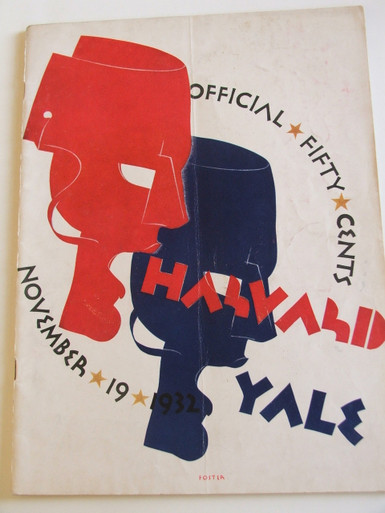 November 19, 1932 game at Yale
Harvard v. Yale Football Program 1932. November 19, 1932 game at Yale. 64 page program with crease in center from use (most likely in someone's pocket at the game). Cover design by Robert Foster. Includes an article by John W. Heisman about Football Fundamentals. Nice pictures of players and coaches from both teams as well as cheers and songs. Chocked full of period advertisements including one for The Empire State Building, which was finished the year before. Scorecard on page 30 is unused. A nice deco program.